Master Sergeant James E. Smith JR was assigned to HHD, TUSLOG Det 67, Cakmakli Turkey as the Commo Platoon Sergeant.  He was killed in Yesilkoy, Turkey on December 14th, 1979, by a radical Islamic terrorist group called the Marxist-Leninist Armed Propaganda Organization (later turned out to be a fake name).  Three DoD contractors who worked for Boeing Services International (BSI) were also killed;  Jim Clark, Elmer Cooper, and Robert Frantz.  Turkish police quoted the terrorist caller who claimed responsibility as saying "we carried out this mission to draw the worlds attention to the role the U. S. imperialism plays in suppressing the revolutionary activities of the people of the Middle East and Iran."  The Turkish van driver was wounded in the attack.  The four American's were forced to get out of their van and stand with their hands on their heads by 5 terrorists, and shot with AK47's.  MSG Smith died at the scene, the 3 others died at the hospital.  MSG Smiths body was brought back to Cakmakli in the back of a Turkish farmers pickup truck accompanied by a Turkish police officer.  This was not the first, or the last, terrorist attack on American servicemen stationed at that site.  Other world events happening at this time included the Islamic Revolution in Iran, the Iranian hostage crisis and the Soviet invasion of Afghanistan.  This event did not receive media coverage due to the sensitive nature of the units mission.


Myself and Spec Four Ken McCoy were the first two soldiers on the Cak to attempt to render first aid to MSG Smith.


I learned everything I needed to know about Islam on that day, and have been keeping score ever since. 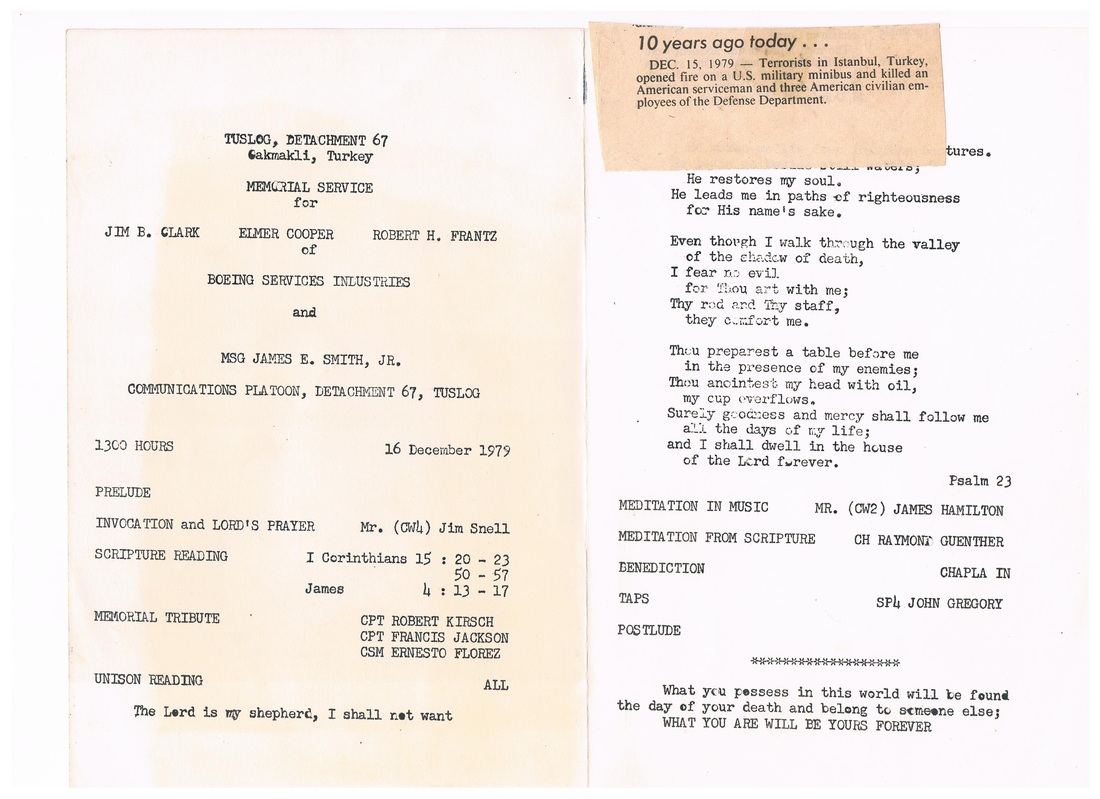